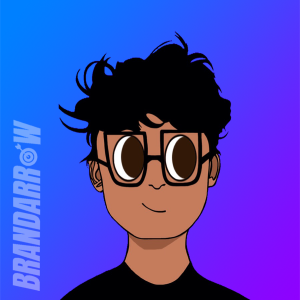 What are some of the pros of traditional marketing?

Traditional marketing certainly has not lost all of its value in the age that we are living in.  It can still be an incredibly effective tool to create further-reaching campaigns and advertisements, especially when people are not on a mobile device.  For example, the medium included in traditional marketing such as magazine covers, billboards, and television advertisements, still can relay messages effectively.  Traditional marketing mediums can be moved into different areas as well because they are often physical items.  That being said, if you have a storefront, you can move an advertisement there where it will gain lots of attention, views, and hopefully traction.  Magazines advertising a specific clothing line or company can often be found in public places such as coffee shops, barbershops, waiting rooms, etc…  Traditional marketing can also be very memorable.  For example, if your business is fortunate enough to be advertised in a popular magazine such as The New York Times, that will gain large amounts of exposure, due to its vast fame and accolades.  These magazines in addition to gaining lots of viewers will be everywhere, especially in the aforementioned places.  Also, they may be more memorable and hold the viewer’s attention for longer, such as television advertisements, as opposed to certain menial ads when consuming digital media.

Why can digital marketing be more effective in today’s society?

Digital marketing can be more effective in today’s society, simply because we are moving more towards a digital world, and more people are continuing to spend more time on their phones, laptops, computers, etc… consuming digital media.  This is why with a large amount of digital media being consumed, it makes the most sense to put different types of advertisements within that, as it will gain lots of exposure.  Secondly, mass advertising through digital media is far cheaper to reach a target audience than using traditional marketing methods.  In the previous examples mentioned about magazines, it is very difficult to be featured in one, let alone be a full-page ad, not to mention expenses.  With digital marketing, if you are marketing through certain digital marketing agencies, it can cost you only about $30 a month, such as Brandarrow Agency.  Using marketing agencies, you will be able to reach a large number of people at a very low cost, which is critical, especially for new businesses and companies.  You can also track your progress a lot better when using digital marketing, as it is easy to look at analytics, judge performance, and make necessary adjustments.  You can also target your demographic better when using digital marketing, as opposed to willy-nilly advertisements and billboards that may reach lots of people who are not interested in your business.  Targeting specific demographics can be fairly simple.  Firstly, you can use tailored advertisements on apps such as Facebook and Instagram.  Second, you can use sites that are more widely used by a demographic of a specific age.  For example, if you wanted to target a younger audience, you may consider making a TikTok account, as the app has lots of young users, while if you are looking to target more adults, you might consider using a site such as Facebook.  This practice is more effective because it reaches large numbers of people who are using digital media for many hours a day, and they are more likely to run into your advertisements, and take action.

PrevPreviousHow to get more customers?
NextWhat does a Marketing Agency do?Next

The New Google My Business rebranding to Google Business Profile

What is behind Metaverse and the Facebook name change?

What is the difference between an Apple Card and a normal Credit Card?

We make booking a demo as simple as can be.

This will take 1 minute.